A bit later than hoped but here is finally my update from the PWA in La Torche.

This was my first year I went to the PWA event in La Torch and because of that I was keen to see the place, and try the conditions. I hoped to end the season with another good result! Sadly enough the elements didn’t want to cooperate during this event. The waves where there (with swells up to 3 or 4 meter at times) but it was only windy for 2 days in a death offshore direction making it impossible to start the contest. Eventually I didn’t even sail on those days because I was still having a cold from the last 2 events. So I chose to spend most of the time just watching the action.

By the second half of the week I felt better and after a few days of surfing the organization decided to run a Tow-in competition for the spectators. It has become the savior of many events in the past few years. Competing tow-in in the waves makes it a lot more interesting than on flat water like we have in Freestyle. The waves serve as massive natural ramps and without wind you still can make it up a couple of meter in the air for different kinds of rotations. The conditions on the first day of the tow-in competition were just brutal. The swell was still massive and some sets where even closing out over the whole bay with breaking waves up to 4 meters! A lot of riders struggled and in the end I was happy to take away first place in the qualification round in front of Leon Jamear, Amado Vrieswijk and Queen of Freestyle Sarah-Quita Offringa.

The next day the conditions were a lot better because the swell had dropped of quite a bit. This made it a lot easier for everyone. Also the jetski driver could tow us in closer to the peak with good speed without worrying about what would happen to himself or his jetski like the day before.

In the final the level was high and I knew it wasn’t going to be easy to win. With 3 attempts we had 2 jumps to count which had to be a different rotation. I managed to secure the victory after my first 2 jumps with a big Pasko and a tabletop-forward scoring almost 15 points together. With these points I just stayed in front of Amado Vrieswijk.

The tow-in was the only “official” competition held in La Torch. I can now look back on a great second season in the wave discipline. Although I had a bit of a false start in Pozo with a 25th pace I made a great breakthrough in Tenerife with a 9th position. On Sylt I also managed to finish 9th. After La Torche I finished 13th in the overall ranking. But as I’m writing this blog my ranking officially dropped to a 15th place after the Maui event (the aloha Classic). I reached my goal of finishing in the top 16 and now it’s time to work on my weak-points (jumping) this winter. I hope to improve again next year!

Now it’s time to relax at home and plan the winter trips. The first trip to will take me to Australia before I head back to Bonaire! 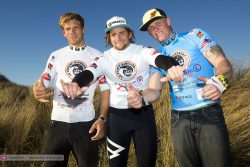 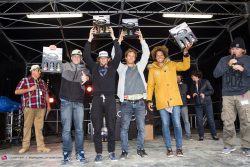 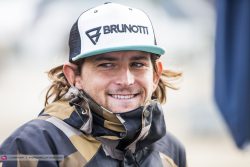 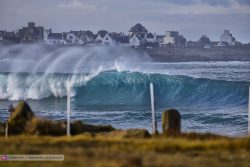 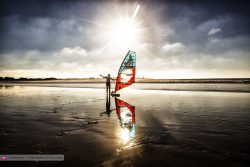 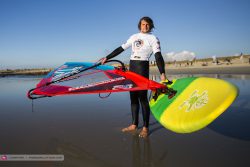 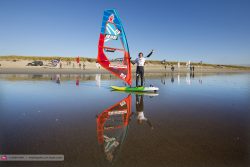 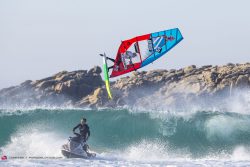