A bit later than hoped but I finally found the time to upload my blog! This one is about the first event which took place in Gran Canaria, I had prepared this just after the event. Hope you like it!

After a long competition brake the competition season has finally started!! The PWA season is back ON with first up Gran Canaria.

I’ve been almost 3 weeks on the Canaries now and I felt pretty well prepared for the Pozo event. Over the winter I made some big steps forward again in my waveriding but I was not to happy about my jumping yet, which in Pozo is almost the most important part of the competition.

I managed to start of the contest really good with my best heat of the event against local rider Joseph Pons. He definitely is one of the better/best jumpers out here in Pozo. After that heat things didn’t really went my way anymore. Losing against Victor Fernandez (defending world champion) isn’t a shame but it’s always nicer to lose when you had a good heat than a bad one. The wind was so strong in that heat I didn’t have any control anymore on my 3.6. I wish I had my 3.3 S-1 Pro, sadly enough it got stuck in customs at home just before the event… And I can tell you that I really missed that sail! Guess I’ll have to wait  for an autumn storm to get it out in a contest (Slag om Domburg maybe?)!

In the double I had a good opportunity to work myself up again. Unfortunately I couldn’t get passed Moritz Mauch because I just couldn’t find a good wave. I had one good size wave where I made the mistake to go for a Goiter rather than sticking to turns and taka’s. When I did it I knew that it was a missed opportunity and although I still had 7 min in my heat I didn’t get another wave to pull up my scores. In the end I now that I have the possibility and the level to make the top 10 but things just didn’t go my way this time in tricky Pozo conditions.

The event itself was amazing again and a big thanks to the Moreno Twins for putting in the effort to put up such a big event, year after year!! Congratulations to the winners Philip Koster and Daida Moreno & to Lena Erpenstein for her first Podium finish ever after sailing better and better every heat!!

Till Next year Gran Canaria! 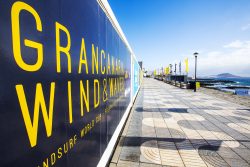 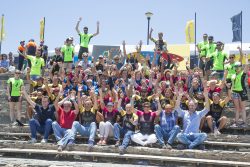 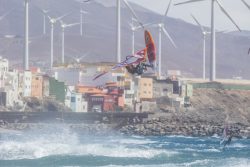 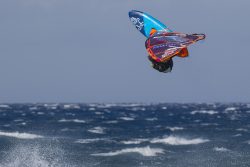 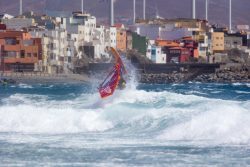 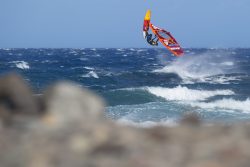 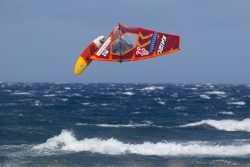 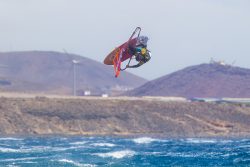